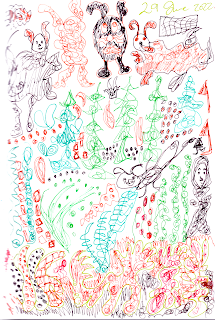 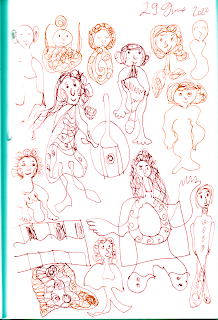 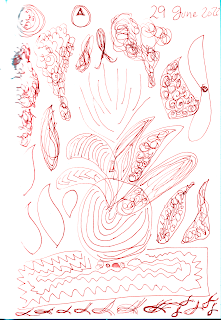 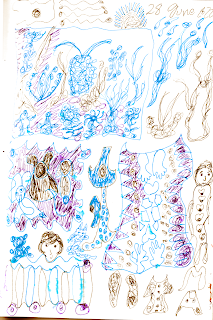 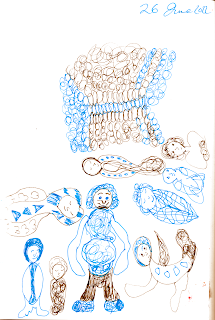 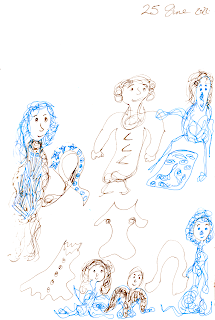 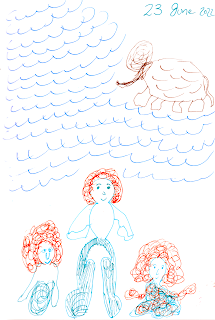 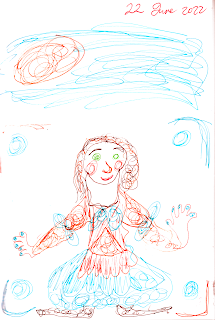 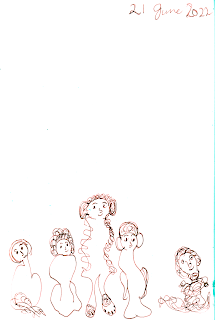 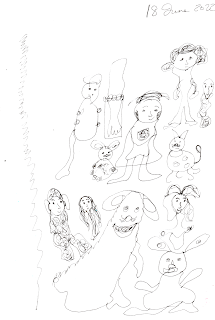 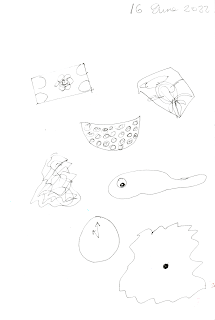 #wordlesswednesday "Shapes that go together" [a-Ha] 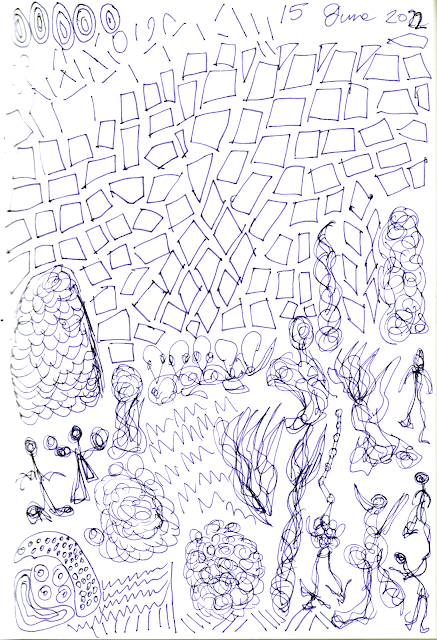 Posted by Adelaide Dupont at 12:21 pm No comments:

#wordlesswednesday "Where water can go, you can go" 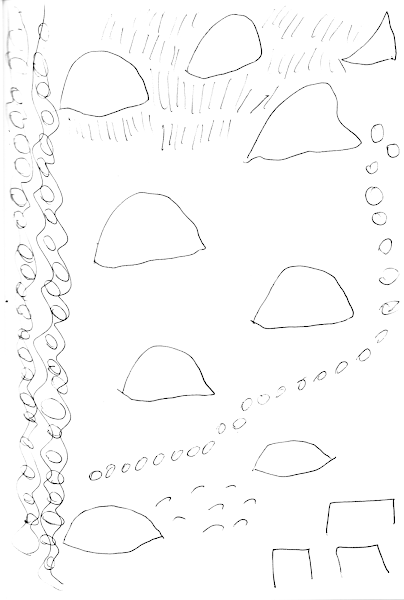 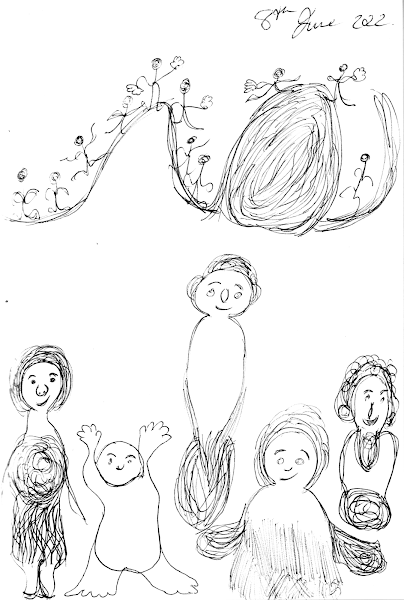 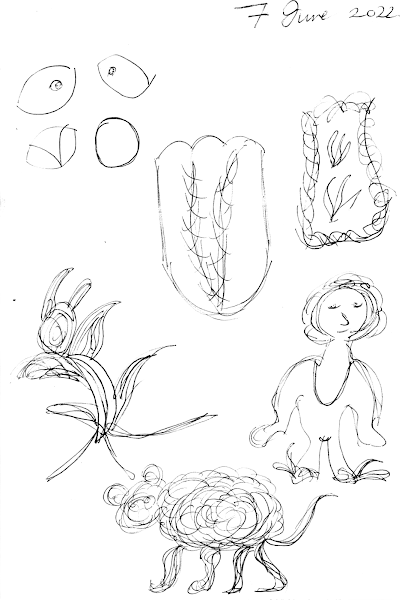 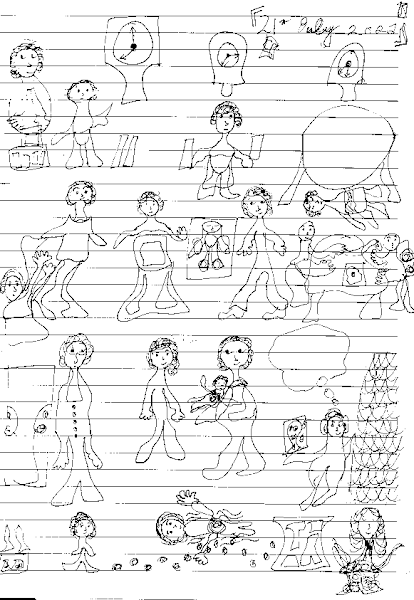 #wordlesswednesday Wish I may; wish I might; why are these images so very bright? 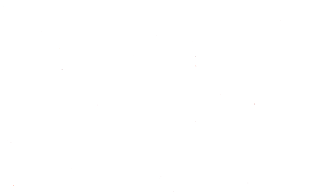 Locutionary which is the act OF saying

and finally perlocutionary - what is EFFECTED IN OTHERS by the saying.

These are applications of performative utterances.

Quickly summarising: we have in, of and by - "little words that pack a big punch" [I seem to remember an almost preternaturally verbally agile young man called Billy in Beautiful Child {T L Hayden 2002} who said that - and specifically about the word bad

Could easily have been his classmate Jesse - probably unlikely to have been Gwennie because she only came to the class sometimes - and the others Zane and Shane and Venus].

I credit/blame Stephen Toulson and his definitive logical text The uses of argument [1959].

I will always remember reading an early scene in the Readers' Digest Condensed Work of Sound of a Miracle when Annabel Stehli and her younger daughter Georgiana were cooking together in the labour-saving kitchen device world of 1960s Connecticut.

It was with a mixer and a blender - both of which give vibrations on glass or in a wooden pot - which in the frequencies that complement or over-ride speech and language input/stimulation - and then the yelling.

Say it! - Annabel said to Georgie.

It was after Georgie had failed to say cook several times.

Annabelle felt failure and disappointment at that. She thought her daughter was deliberately withholding.

It is possible that Georgie might have heard only O or everything exceptionally loud and intrusively... or the hard consonants may have clashed and clanged.

And if Georgie had any attachment or feeling for mechanical things or their sensory effects ... this was countered by highly aversive stimuli. Hence her response.

A #textandcontext point for you lot: this was before Georgie had any sort of formal diagnostic process. And certainly before she was institutionalised - first in a very famous New York City hospital and some years later - the early 1970s - a place known as Childville in the book.

Georgie thought other people were strong and brave because they coped with all the sounds in the world and within their bodies - like heartbeats. As you know I think Georgie is strong and brave for so long - until 1976 when she came to Annecy to work with Guy Berard and Cecile Wuarin for those ten days. And all the work afterwards when she came to realise her potential as an artist, a mother, a polyglot and a highly engaging TV guest on shows like Sally Jessy Raphael and I think Donahue - certainly the talk show culture of the early 1990s.

Stehli wrote two other interesting books called Dancing in the Rain and a Snow book which I read about in the early 2000s on Amazon [I remember it was mid-December 2000 when I was answering a Christmas quiz] - or possibly in a review or two. These are short essays of other parents and children who had auditory integration therapy or another closely related sensory-friendly/sensory-informed treatment.

A few months after I read that excerpt and I was watching Blossom or Full House I tried to cook some gingerbread in the microwave.

The microwave had come into my house about a year before and it may or may not have opened so much.

In my house fresh food and garden-sourced food is very important. So most things - snacks and meals - are eaten more or less raw. Levi-Strauss for the win!

Warm drink-making was an important part of my training. Cause and effect is somehow more easily seen - and the role of contribution - when you make a smoothie or a milkshake. And a sound-proof and distraction-free room is important.

Various relatives have been in the hospitality industry - one made Mexican [more properly Tex-Mex food with Commonwealth of Nations characteristics] food on the regular; another worked as a saucier and knew the five basic sauces very well indeed.

I can make a decent tartar sauce.

This character was a psychologist and he really loved his Ovaltine. His name was Dean Swallell.

My protagonist was writing a fictional work which sent her and several of her friends and classmates all over the county and country. And she met Dean.

The point about Dean is that he was a gentleman - gentilhomme - the sort of person who being more than non-threatening - is a joy to work with.

Someone you can be honest with and be able to stay honest - or even in the room!

Sometimes les psychologues like or prefer you and them to maintain the relationship outside the session and the offices.

In that context you may make - or they may offer - in this third place/location:

Today I borrowed a recipe from Waitrose and the only change I would make is the chocolate can come from anywhere - it is the proportion which matters. Also the multiples. Taste.com.au also have several good ones and I think another recipe website. If your favourite magazine or one you read has a Test Kitchen [not a Test Chicken!] that is so much to the good - like GOOD HOUSEKEEPING or the AUSTRALIAN WOMEN'S WEEKLY or BETTER HOMES AND GARDENS.

And there are Test Kitchen principles and practices you can adapt.

This is the most fantastic combination of rich chocolate with spicy chilli. South Americans have been matching these ingredients for centuries - we are just catching on! If you'd prefer not to use chilli, the hot chocolate will still taste delicious without it.
Serves: 8

I thought there would be 700 grams of the chocolate.

When Maman and I would type recipes we would make the verbs bold and put them at the start of the sentences/phrases. This applied to school and community fundraising campaigns throughout the 1990s and even into the 2000s.

Many companies have a public service interest when it comes to recipes. You never know when someone might like to eat choc banana muffins. A challenge for you: when it comes to muffins do you say --

If muffins were people [and sometimes parts of people are referred to as "Muffin"/muffin] there would be a split.

Some of you - or most of the people who read Halfway up Rysy Peak - would want to respect the muffin's identity as it itself has stated it. For example, a muffin might be a banana muffin through and through and doesn't acknowledge their chocolate part. That is fair; we respect that!

Thank you Laura Henshaw from Keep it Cleaner - she also works as a Vitality Ambassador for an insurance company.

I noticed there was Greek yoghurt; milk; rice malt syrup/healthy sweetener - and that there is a lot of choice and option within this recipe. Yes - it is important to be flexible!

In another bowl [this is the whole wet and dry ingredient issue] combine almond meal; baking powder and chocolate chips.
Add the wet mixture to the dry mixture and mix until combined. The next mixture should be of similar consistency to a standard muffin mix.
Bake in the oven for 20-25 minutes or until muffins are cooked through when checked with a skewer and golden brown on top. As oven temperatures may vary, be sure to check these are thoroughly cooked through before moving on from the oven. You may need to leave them in a couple of extra minutes.

There - that was not so painful - at least not to type! It may be painful to make.

If you like savoury muffins those are good to be able to make as well. Especially with spring onions and/or chives and pumpkin.

This recipe of chocolate and banana muffin was found at the back of a magazine - one where a comedian is being interviewed about what he knows about women. This comedian's mum was really fun to hang out with!

The comedian was king of a big Labour Day parade. The festival's name means up your bum and more officially "Let's get together and have fun"...

Right now it is Ramadan and the crescent moon was in the sky a week ago.

Coronavirus became very serious with the Lunar New Year and all the travelling which could not be done. We are all trying to #stayathome and #slowthespread.

This recipe comes from a Master Chef of ten years ago - Adam Liaw. In Mandarin it would be called Lahou Cai and nearly every website - New York Times; British Broadcasting Corporation; Special Broadcasting Service; France24; Deutsche Welle - has a version or two of it.

Liaw's serving suggestion is that TIGER SALAD is sufficient for four people. He also makes a comment about the role of salads and side dishes in northern Chinese cuisine:

• 1 cup loosely packed coriander sprigs
Dressing
• ½ tsp sugar
• 1 tsp soy sauce
• 2 tsp rice vinegar
• 1 tsp sesame oil
Halve the spring onions lengthways and slice very thinly on a steep diagonal.
Place the slices in a bowl of cold water and refrigerate for 20 minutes to curl.
Combine the cucumber, capsicum, chilli and coriander in a bowl and refrigerate along with the spring onion....
Combine the ingredients for the dressing and stir to dissolve the sugar.
Drain the spring onions well and combine all the ingredients and dressing together.
Toss and serve immediately.

Now this is quite a mouth-watering recipe!

And I do not quite understand 'thin batons'. When I cut cucumber I cut it into halves and then slice it. Usually with the skin on.

I do understand 'very thinly sliced' though ...

and it seems that half the recipe has disappeared? The bit of the recipe to do with the dressing? Some people have their stuff white-linked or reversed. Or perhaps this came through in the wash.

The chilli does make it very tiger-like, doesn't it? So do the coriander sprigs.

It is a terrific recipe to have with friends - especially if they love cuisines which are on the edge of cultures.

And some people love tomatoes - or tomato sauce - with everything. One example is Australian footballer Tayla Harris... another example is a tour guide and traveller.

At least one literary character is passionate about tomato sandwiches.

I have noticed in both the chilli recipes that deseeding is important. What do you do with chilli seeds? Do you save them; do you dry them out; do you replant them?

I will end as I began - with another cooking story from the world of educational psychology as that has come down to us in the popular literature.

Group work this time [though much good cooking and preparing is group work especially for entertainment purposes] - an eight-year-old with a very big heart and who can barely read has a moment with a mixing bowl.

This author has a very famous ice-cream recipe and is a great hand with dulce de leche.

It is a moment worthy of Flora Rheta Schreiber and her belles-lettres.

Our young lady breaks the bowl and the whole world comes crashing.

She did have other positive cooking experiences where her friends were on her side and for her.

At least five years of abusive behaviour targeted to her in the educational setting comes down up on her and affects the way she recovers.

When this girl grew up to be a woman she educated her children at home and those children are adults now.

She exposed them to a life full of recipes and beyond recipes.

Posted by Adelaide Dupont at 9:30 am 2 comments: