In July 1995, on a doctor's visit, I read an alphabet which said I for if only in reference to learning differences like reading and writing disorder [known as dyslexia and dysgraphia] - 'If only' are the saddest words in the English language.

It was in a women's magazine/general interest magazine - probably something like Better Homes and Gardens.

Now we are in October 2019 and Hoagie's Gifted have done a blog hop known as If you only knew. I only got into Hoagie's Gifted again after a long break in May 2019 when I was really starting to explore Mix.

Thank you Pamela and Caroline for what you do.

It was super good to read Gail, Teresa and Linda in Living with Geniuses; Help My Children Thrive and Gifted Challenges.

And alphabetisation and literacy? Aren't those going to be important in some way?

There is a wonderful book called If youth but knew which I picked up one day some time between 2009 and 2014 and finally had myself read in 2014. It seems to be a romance of multigenerations and I hope it introduced healthy communication among the generations and within generations.

I am thinking too of Yom Kippur, and the terrible thing which happened in Halle, Germany. Two people were killed because of anti-Semitism [and this article shows us how Germany is trying to deal with it]. The suspect did confess; according to Deutsche Welle.

And I know who won the Nobel Literature Prize in 2019! I read Olga Tokarczuk this year [had to check twice to get it right - I had only just read her Flights over Christmas and again a few months later] and I do not know if I have read Peter Handke. He seems like a film person.

Narrative power and linguistic integrity - these are big things, and things that I have "pleased to strive" over my whole literary life.

This Monday Michaelmas Term began - it is supposed to begin around the end of September of any year and it is after St Michael and all the Angels.

For me Yom Kippur is all about repentance and confession - something that I understand both in the religious and the mental health worlds.

I explored repentance a lot in Rivals of the Collegiate through the actions and words of a sensitive young woman who is Gifted and has many Gifted friends. She is moderately gifted [or only just over bright] - her friend is profoundly gifted.

They do this over the spring term [March-June].

This is the first thing I want to concentrate on in this If youth but knew post.

A lot of people do not feel hope in the first place; or have it taken away or stolen from them for some reason.

Or they invest a lot of hope in things which may or may not happen.

It is all a matter of probabilities and of trust.

The thing I wanted to repent hardest during this Yom Kippur season was intellectual arrogance.

Over this season I had said some hard and harsh things to Astrid and some flippant things to Emma in the This is the very definition of rain.

Relaxing or slacking with our fellows means so much. Especially if we have to maintain high standards in public life and we hold ourselves to high expectations. We can forget that not everybody does this; nor desires to do this; nor has to do this.

We think misleadingly that society is so much more cruel than we could ever be individually and we forget to #choosekind.

Or we believe that humility is a form of oppression and we tend to believe our own publicity.

And we forget that we too are vulnerable. Or we are too/overly conscious of our vulnerability in the face of audiences real and imaginary.

At the Ray Chen performance I had the opportunity to meet a lot of gifted youth and youth with all sorts of gifts.

I remember too how I studied intellectual virtue.

In the Funk and Wagnalls 1997 year book [events of 1996] which did not come to me until the early 2010s as the result of the death of a grandparent there is a reference to Bennett's The book of virtues.

Midgley and Murdoch [Iris] did a lot to teach me about virtue too.

And there was Stephanie Tolan and a great website about intellectual virtues, which I was able to explore through a case study of Justin Chapman.

The story of Chapman is a very tragic one at least as I perceived it in early December 2001.

There were strong implications of fraud and imposture.

Eighteen years later I hope Justin is being good and doing good for his own values of good and finding harmony and decency and dignity.

The way gifted people live is not always very pretty - especially scrabbling along with the 99%.

One thing that really helps me is that three times as many people measure as intellectually disabled as do within the range of the gifted.

This keeps me more focused on grit than on glamour.

Grit is a very good thing and a very undervalued thing - especially if one is intolerant; impatient and used to quick results.

The consequences grind more slowly in relationship than in behaviourism or some other ideology.

My own intellectual virtues are curiosity and openness - those are the two I achieve consistently.

The others are spottier.

One of the others is intellectual courage. I consider it to be one which is not so spotty.

I thought courage to be a big virtue - and I was able to read a wonderful article on a trip about physical courage and moral courage. This was some time in October 1995.

In my own life I find they are intertwined. I can show moral courage by physical courage and vice versa.

Here is some of the work of Leia Zhu who lives in the United Kingdom. She is a violinist and I discovered her through Ray Chen and his performances of Waltzing Matilda and Paganini. Zhu has some wonderful things to say about her craft which developed over her European trip with a friend.

I had first thought of contributing to Hoagie's Gifted seriously in September 2019 when the topic was Anxiety and Perfectionism and using Natalie Portman's BLACK SWAN - Darren Aronofsky is a legendary director who gets a lot into and out of his women. The things Ms Portman's character puts into Swan Lake being Giselle. I had also read Meredith Danman's biography of Margot Fonteyn.

Australian Ballet is really good too. McAllister is leaving.

Two years ago of course there was the mainstreaming of #metoo / #balancetonporc [Bring your pig/abuser to account]. In 1996 Tamika had a young lady at camp who testified against her abuser and Tamika felt she wasn't doing enough.

I think too we can often feel like we are not doing enough.

Or we have done too much too wrong at the wrong time.

I keep a Kim Wilde song for times like this. It is called You'll never be so wrong.

When YouTube and Quora and Twitter are not behaving themselves it can make my work and play very difficult!

Two lovers in a city cafe - what a great beginning.

In late 1999-early 2000 I wrote a scene which was set in Portsmouth, Hampshire. I reflected last Tuesday that these are some of the scenes I am proud of as a writer - yes, among the overall text. And to think that five years before at the earliest I had barely started my writing life.

School stories were only supposed to be a side hustle and amusement. I am sorry, but it is true. This was a fairly recent reflection.

Some final notes on courage from We bought a zoo:

B Mee says "You need twenty seconds of courage" to his son Dylan.

I believe - every twenty seconds there is a moment or ounce of courage. And if you find that at least once you are doing pretty well.

Chloe Gillmere and Elena are looking for new wheelchairs and new controls. I remembered a Bangalore gentleman who wrote to me this May. 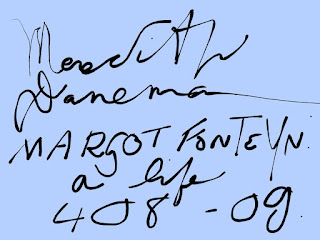 Margot Fonteyn would be 100 years old if she were still alive.

And the Rugby World Cup is going well. Still in the second half 10-3 Australia - Georgia.

So I wanted to say something about my literary godfathers - Jeffrey Archer; Ian Serralier and Miroslav Sasek. And there was this Latvian guy who wrote Little Bibie the Turtle.
Posted by Adelaide Dupont at 12:57 pm

It is so easy to feel like we're not doing enough. I'm working hard on this right now... and trying to remember all of the wonderful things I've done for my son over the years to help him reach new skills and confidence rather than berating myself about "oh, if I'd have done this earlier..." because it's so not helpful to emotional growth, you know? I love your concept of a moment of courage and this line really resonated with me "I believe - every twenty seconds there is a moment or ounce of courage. And if you find that at least once you are doing pretty well." I hope you have a wonderful day and week!

I do appreciate that a million times.

And appreciating the wonderful things about Tucker.